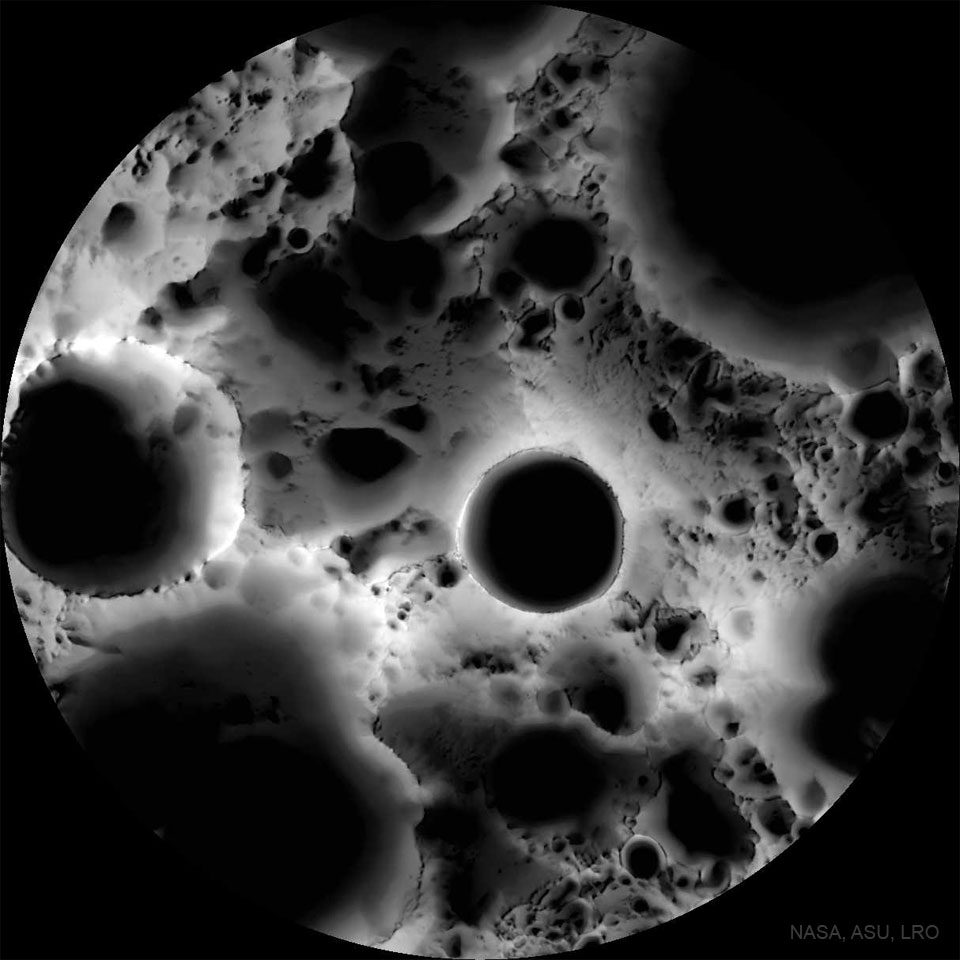 Was this image of the Moon’s surface taken with a microscope? No — it’s a multi-temporal illumination map made with a wide-angle camera. To create it, the Lunar Reconnaissance Orbiter spacecraft collected 1,700 images over a period of 6 lunar days (6 Earth months), repeatedly covering an area centered on the Moon’s south pole from different angles. The resulting images were stacked to produce the featured map — representing the percentage of time each spot on the surface was illuminated by the Sun. Remaining convincingly in shadow, the floor of the 19-kilometer diameter Shackleton crater is seen near the map’s center. The lunar south pole itself is at about 9 o’clock on the crater’s rim. Crater floors near the lunar south and north poles can remain in permanent shadow, while mountain tops can remain in nearly continuous sunlight. Useful for future outposts, the shadowed crater floors could offer reservoirs of water-ice, while the sunlit mountain tops offer good locations to collect solar power.