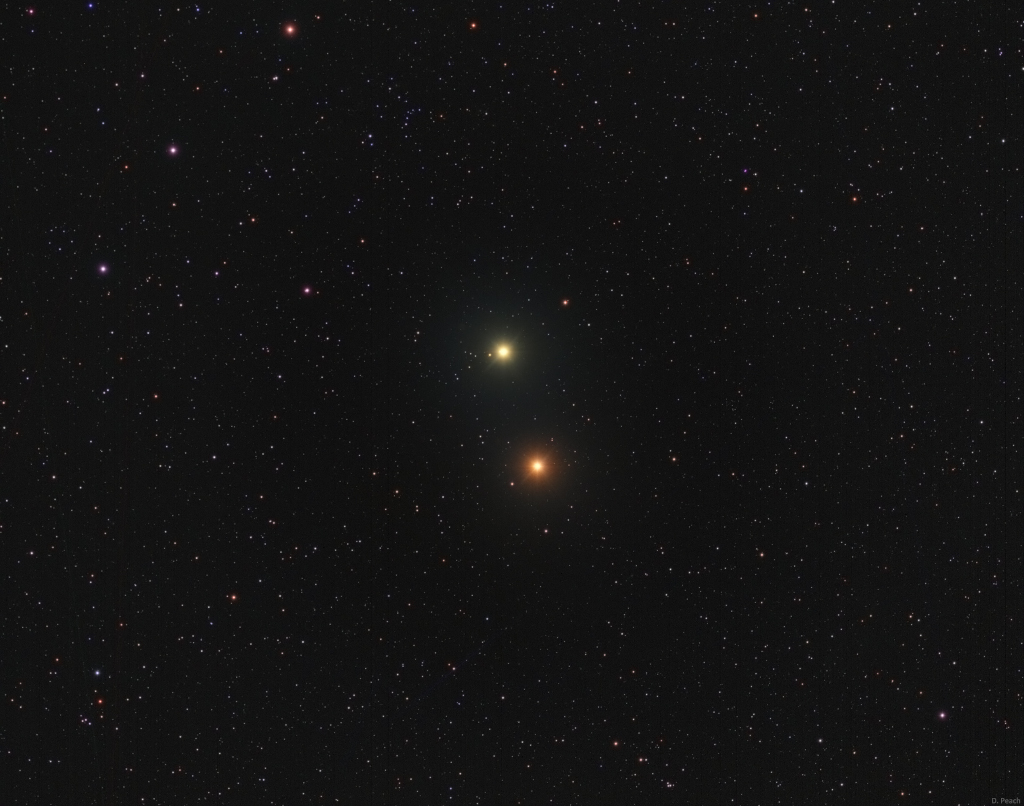 Fainter stars in the zodiacal constellation Capricornus are scattered near the plane of the ecliptic in this field of view. The two brightest ones at center aren’t stars at all though, but the planets Mars and Saturn. Taken on the morning of April 4, the telescopic snapshot captured their tantalizing close conjunction in a predawn sky, the pair of planets separated by only about 1/3 of a degree. That’s easily less than the apparent width of a Full Moon. Can you tell which planet is which? If you guessed Mars is the redder one , you’d be right. Above Mars, slightly fainter Saturn still shines with a paler yellowish tinge in reflected sunlight. Even at the low magnification, Saturn’s largest and brightest moon Titan can be spotted hugging the planet very closely on the left.