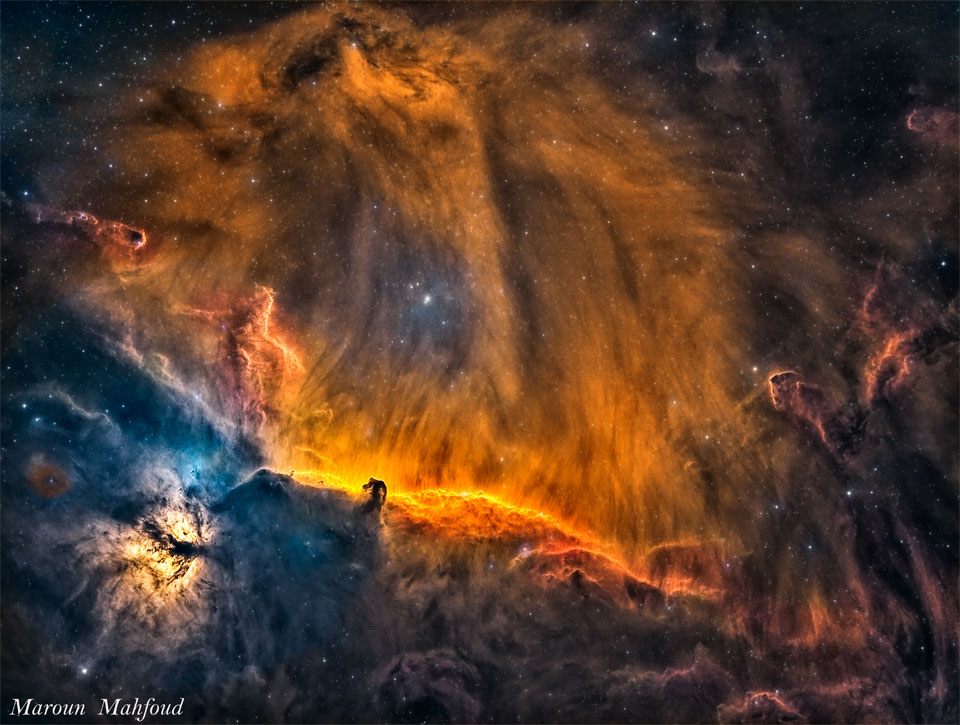 Yes, but can you see the lion? A deep exposure shows the famous dark indentation that looks like a horse’s head, visible just left and below center, and known unsurprisingly as the Horsehead Nebula. The Horsehead Nebula (Barnard 33) is part of a vast complex of dark absorbing dust and bright glowing gas. To bring out details of the Horsehead’s pasture, an astrophotographer artistically combined light accumulated for over 20 hours in hydrogen (orange), oxygen (blue), and sulfur (green). The resulting spectacular picture captured from Raachine, Lebanon, details an intricate tapestry of gaseous wisps and dust-laden filaments that were created and sculpted over eons by stellar winds and ancient supernovas. The featured composition brings up another pareidolic animal icon — that of a lion’s head — in the expansive orange colored gas above the horse’s head. The Flame Nebula is visible just to the left of the Horsehead. The Horsehead Nebula lies 1,500 light years distant towards the constellation of Orion.